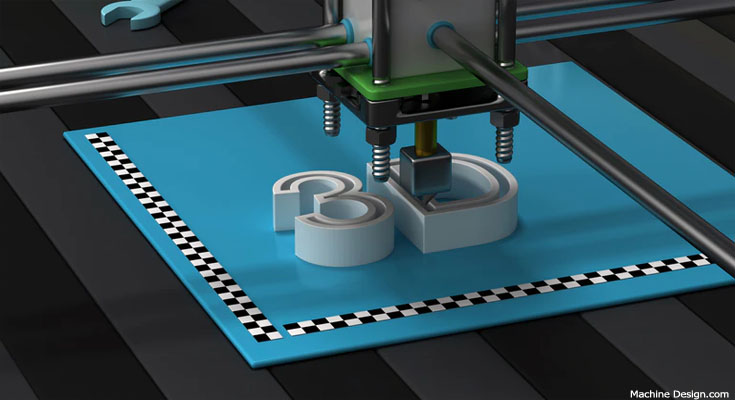 With the advent of the industrial revolution, the quality of just about everything had been on the rise. Printing went from black and white movable type to high tech digital color. The audio went from recording on wax cylinders to hi-fi stereophonic sound, radio went from mono AM to hi-fi stereo FM, the film went from silent films to Technicolor and surround sound, and black and white broadcast TV gave way to color and then cable TV and then satellite TV. And manufacturing costs went down while quality went up on just about everything. But the computer revolution, albeit a boon for mankind, has brought with it an ironic *reduction* in the quality of media. And very soon a similar reduction in quality is about to befall everyday things.

The fall and rise of media quality

Ironically, the past half-century brought with it a drop in the quality of audio, video, and graphics. Early computers had one font, one color, no bold or italic, and dot-matrix printing was not pretty. Digital recording lost some of the “warmth” of analog. The MP3, albeit a step down in audio quality seems to be acceptable for the masses due to its portability. Online video is blocky and choppy and sometimes intermittent, but it’s convenient.

Now a similar rise and fall are about to happen to everyday household items as a result of 3D printing – the digital printing of things.

“Things” come into the digital age

3D printing is nothing new. It’s been around for decades. And in fact, there are some extremely high-quality 3D printing contraptions. But they’re not cheap. They certainly can’t be afforded by the average consumer. Up until recently, producing things from digital files required expensive manufacturing processes known as CAD-CAM – computer-aided design, and computer-aided manufacturing. But that’s about to change. As technology improves and spreads, 3D printing is becoming more and more affordable. But the more affordable equipment produces lower-quality things.

There was a day when color printers, video recorders, and digital audio systems cost thousands of dollars. They’re now a commodity. The same trend is will happen with 3D printing. It won’t be long before every household will have a 3D printer. At first, the quality will be below what we’re used to with mass-manufactured goods, just as the quality of the early VCRs was below that of broadcast TV. But the quality will be sufficient to produce your average everyday household items such as, say, coat hooks, kitchen utensils, soap dishes, or hairbrushes.

Mass production has gotten so sophisticated that it’s easy to produce high-quality stuff like chrome coat hooks and wood-handled stainless steel kitchen utensils. It will be a while before home 3D printers will be capable of producing a stainless steel spatula with a wooden handle, but it won’t be long before we’ll be printing a plain white plastic spatula or a simple plastic coat hook at home. It’s not going to look as slick, and perhaps won’t be as durable, but it will be of sufficient quality to do the job.

There are currently some very sophisticated 3D printers that are capable of printing metal and colored plastic and chrome and even rubber, but the first 3D printers in a consumer price range will print very simple things using a shortlist of materials – mostly plastics.

The rise of lo-fi things

In the developed world we’re used to owning high-quality things. It’s not going to be a wholly welcome transition from chrome and wood and glass and rainbow-colored plastics to monochrome, mono-material things. Here in the west, the trend will start with younger people, lower-income families, and of course technogeeks. But in the developing world, one-off 3D manufacturing will in many places leapfrog the massive factories that pump out shiny new things that we’re used to in the developed world, the same way cellular technology is leapfrogging landline phones in many parts of the developing world.

Just as the quality of video and audio and graphics are steadily on the rise again, eventually 3D printing will see a rebound in quality. Someday everyone will be able to afford a printer that can produce just about any common household item in a variety of materials, but for the near future, digitally reproduced things will experience the same reduction in quality seen with audio, video, and printed graphics.

A world of monochrome things doesn’t sound very enticing to the average Westerner, but to the poorer populations in the developing world, it will be a huge leap forward and a valuable weapon in the war on poverty. And considering the current state of the world’s developed economies, the demands of an aging population, and the huge eco-footprint of commercialism, materialism, mass production, and global distribution, consumer-level 3D printing might prove to be an invaluable technology here in the developed world as well.

3 Considerations When Buying a Commercial Blender